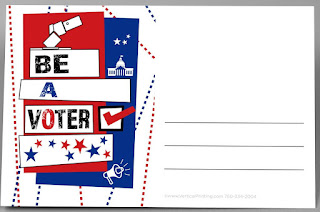 It’s a little more than a month before the 2020 Presidential Election. I am having a polite conversation in an online neighborhood social platform. The conversation gets heated and all the moderates have dropped out. I move to the sidelines, but because I had posted something on the original thread, I keep receiving new posts notifications to the thread. I’m curious to see where this goes, so I watch. I truly am interested in why people support Trump. The responses and the retorts are now diving down into ridiculous rabbit holes. One woman is so aggravated that she posts an angry rant (written by someone else) about why people are voting for the president’s re-election. It essentially says, “We are not voting FOR Trump, we are voting AGAINST you (meaning liberals and progressives) and YOU are responsible for that! Some of it describes a world different than the world or the political reality in which I think we are currently living. Some of it seems to be purposeful misdirection, and still more of it are boldfaced lies.

At this point I switch online platforms and go into my personal political bubble of friends and acquaintances. I re-post the rant, and ask the others to respond, “How can we counter the falsehoods in this rant?” I get responses faster than I can keep up with so, in a moment of self-defense, I turned off the computer and got myself a glass of wine, and do some cable TV binge watching. I wanted to relax, but you know how social media is, it sucked me back in after a little while.

I was surprised by many of the responses. I will not use names. (And where I have, those names have been changed.) To generalize the many responses into one, most of them turned out to say, “Why bother,” or something similar. These are people I respect, and so, as you can imagine I was simultaneously intrigued and flabbergasted. Maybe I am wrong about all of this, I thought. Why should I concern myself with this oppositional perspective? So, I’m back and forth, and back and forth. My experience (40 years working to change civil rights laws through organizing, testifying before the Maryland General Assembly and the County Council among other things) tells me I am not wrong. I am interested in the political and sociological methodology of the question: “How do we counter this political pollution?” Why people do politics the way they do, has been a long time interest for me.

My goal with this little experiment was to get a grasp of the zeitgeist, which is momentarily somewhere between 40 and 45 days until Election Day. My mind is made up about my vote and I suspect that there are very few “undecideds” at this point. It has been a relentless and fierce day-to-day struggle for four years now. I sense that many of us are tired, but still determined. I realize that some of the die-hard politicos among us will disagree. These are the people who will work for the next 40-some days for that one last vote. And kudos to them! I am focused, and worried on the influence this political propaganda will have on the future of our very form of government. I’m looking at the “long game” at this point. I believe this momentum toward a Trumpocracy can be reversed. And, sooner is better than later.

For me, the anxiety over this election is bad enough. This IS a very important election. So, I wanted to talk to the people in my political circle, about political strategy and about election strategy. I am interested in getting my candidate elected, but my focus, right this minute is really centered on changing the political culture for the long run.

I’m now tired, and want to go to sleep. I’ll return in the morning.

The next morning I awoke to many more responses in my email box.

There was one response that made me smile. It resonated with my sensibilities. “I'd start by validating their feelings, see how that works, then go over each thing one at a time,” said one person whom I know to be an active political participant. She continued, “But learn to identify if the person is operating in good faith early, and if not, don't bother. This seems like a reasonable approach.

Another comment was responding to another post which supposed that “the rant” was written by a group of professionals for the purpose of agitating the oppositional voter, “[I] agreed totally! It is clear to me that this is a piece of agitprop, not an informal opinion written casually. As such, it is framed in all the ways outlined above. I also feel your curiosity about this, and share it. *If* I wanted to respond (which I wouldn't, for all the reasons outlined above!) I'd do what “Jennifer” says directly above me. Or, since that would take a lot of critical effort, I'd reframe it with "rather than talk about what you hate and scorn, I'd rather share my values in terms of how they relate to policy. Here is what I believe: ...." and then I'd talk about healthcare for all, respecting the vote in a democratic society, understanding that people should not be killed wantonly by state sanctioned power, public education as a cornerstone of a democratic society, the right of consenting adults to be with and love who they choose, clean air and a livable environment for human and nonhuman life, etc... This way, you don't accept the limits of their framing, falling into that trap, and posit a logical agenda that helps the world that we need to create.”

I very much agree with the previous comment.  And I believe, in my democratic heart that it is our job to counter this propaganda. The people in the other political party believe the nonsense in this rant, because they hear it from Steve Bannon, Steven Miller, Rush Limbaugh, Tucker Carlson, Glenn Beck, Bill O’Riley and all the others like them. If we want to get our country back we need to undermine this false narrative. I am not talking about what to do on Facebook or Twitter or Tik-Tok, I am suggesting we formulate a grander strategy. We need to organize our think tanks, our media and (as George Lakoff puts it) out framing. It will be difficult it will take some time. It took them 45-50 years to get to this point starting with the formation of the Birch Society and Senator Barry Goldwater’s run for the White House in 1964. We need a sound strategy. Ignoring them will not work. We need to be several things at once. We need, like [a previous poster] suggested to hear them out. We need to work with law suits. We need to continue protests. We need to orgnize a variety of groups with different goals. We need to be ready for violence, and I say that being committed to a life-long adherence to non-violence. If a conservative power-grab is coming we will need to be ready for that and not wait until the last minute like the Democrats always seem to do. "We The People" need to lead the Democrats, and if they don't want to be lead, we will need to leave them behind. Democratic Leadership has been too wimpy for too long now.

While I am thinking about all of this, I get a private message from one of the earlier responders. This person wanted me to sign up for a phone bank or a post card writing group. “You can stay right where you are, we’ll have someone deliver them to your front porch. They already have stamps on them. All you have to do is write the message put them in your mail box at the end of your driveway and put the red flag up. The mail carrier will do the rest.”

Now let me remind you, the reason for this whole episode began when I had this brilliant idea about getting the people in my political bubble together to think out loud and come up with a strategy to undo some of my perceived damage that the rant had caused. Focus here on “undo the rant damage.”

So, I’m thinking, “And, now they want me to write post cards (that will influence no one) that will be tossed in the trash two (maybe three) minutes after it is retrieved from the mailbox. IF, and that’s a big “if” considering how the postal system is working these days. And, then there was the phone banking option. Now mind you, there was no one in this world happier for the invention of caller I.D. than me. No one would ever seriously ask me to do phone banking if they knew how much I really hated talking on the phone. But, I was polite. I listened. I was skeptical.

I went back to my internet browser and typed in, “Does writing post cards and making phone calls gain a candidate more votes?”

I wanted to know if spending my time in this way was going to be useful. It was a question to myself.

I stumbled upon and article written in the New York Times. You should go read it for yourself. Its all about a candidate who was determine to prove that writing a large number of postcards who allow him to win the election. It did not.He lost his election.

I then began to think about how many phone calls I get each day that I never answer. I usually only answer when a name I know pops up on the caller I.D.

I haven’t answer a poll takers question in ten years, and I have made more calls than I have received asking me for my vote.It all seems futile in retrospect. Maybe I'm wrong, but I don't think so.

Like I said, I have made up my mind. And it will not change unless I die before Election Day.

Voters have changed since 2016. They want to know more about how the process works. We need to encourage that desire. We need to get past the elementary party functions of writng post cards. (Sorry Party People.) We just might need to rebuild our democracy one day if we don't get going with this electoral transition soon. I think we should start now to broaden that interest and turn that interest into productive skill. We need to PRACTICE DEMOCRACY in order to make it work like it should.

Posted by Practice Democracy at 7:01 AM No comments: